Georgios, Georgios, Konstantinos, Aliki, and Ververidis: The role of the anterolateral ligament in the rotation stability of the knee

Introduction: The role of ALL regarding knee stability has been vastly studied. Aim of the study was to summarize anatomy, embiomechanics and surgical indications of the anterolateral ligament reconstruction according to the recent literature.

Results: In 29 relevant articles were finally included. There are three adhesion points of the ligament, to the tibia, the femur and the lateral meniscus. Several studies have shown that ALL reduces knee inward rotation during pivot-shift examination. MRI and ultrasound have proved to be the golden screening tools. Indications for its reconstruction included the revision of ACLR, athletes of high demands, ligament laxity, high degree of pivot-shift, pivoting activities (skiing).

Conclusion: ALL exhibits typical ligament characteristics. Embiomechanically ALL seems to act as a knee stabilizer in the inward turn. It follows an oblique path with three adhesion sites.

Anterolateral ligament (ALL) is a well known ligament; initial references go back to the year 1879, when Dr. P. Segond1 has described the well known Segond fracture, which is a result of high force internal rotation of the knee. Moreover, he described the existence of a “pearly, resistant, fibrous band” posterior to the Gerdy’s tubercle. Inspired by his work, more than a century later Dr. S. Claes et al,2 in 2013 based on research done in 41 unpaired knees he proved the existence of this anatomical structure.

By a thorough literature review in Pubmed, Embase and Google Scholar databases we summarized 33 articles between January 2012 to December 2018 focusing on the anatomy of the ALL, 5 articles between the years 2013 and 2016 looking into the embiomechanics of the ALL and 4 articles from 2018 to 2019 examining the surgical indications for its reconstruction.

The origin of the ALL on the tibia is located between the distance of the fibular head and Gerdy’s tubercle and this distance is 4,0-7, 0mm from the articular surface of the lateral tibial plateau.5, 6, 7 In contrast to the tibial adhesion site, the femoral adhesion site of ALL was highly debatable as regards to its accurate location.

Regarding the dimensions of the ALL based on the literature review, the length of ALL varied from 30.41mm to 59.0mm. The width of ALL was in between 4.0mm-7.0mm and the thickness was ranging from 1.0mm to 2.0mm.

Different opinions exist regarding the length of ALL, due to the uncertainty of its attachment to the femur based on the flexion angle of the knee. In 2014, Dodds et al described the ALL as isometric ligament between 0-60 degrees of knee flexion, and reduction on its length from 60 to 90 degrees of flexion.4

These findings contradict the results from previous studies2, 20, 22, 24 which proved that the ALL is non-isometric and gradually increases in length during flexion of the knee from 0 to 90 degrees. In 2016, Impert et al. discovered that the change of the ALL length was dependent on the way that the femoral attachment of ALL was defined.25 The differences on the length of ALL corelate with the 3 different femoral attachments of it. Reduced length of ALL is noticed on the posterior and proximal attachment of the ALL from the lateral epicondyle. There is an increase on ALL length for the central and antero-lateral attachment from the lateral epicondyle. Helito et al, in 2016, described that ALL consists of 2 different bands and noted that the superficial band of ALL length was increasing with knee extension, whilst the length of the deep band was increasing with knee flexion.9 Zens et al, in 2015 conducted an embiomechanical analysis of the ALL to define its mechanical properties in order to better understand its role. The average load of the ALL prior to its rupture was 49.90 (+/- 14,62), with a maximum tension load of 32,78 N/mm2 and an average extension distance of 11,89 (+/- 1,56mm).22 The results from a study in 2015 proved that the mean maximum load that ALL could endure, during a flexion trial, prior to its rupture was 175N, with mean stiffness of 20N/mm (Kennedy et al 2015).21 There was difference in the opinions of Kennedy et al in 2015 and Helito et al in 2016 regarding ALL rigidity.9, 21 Zens et al, in 2015 along with Helito et al in 2016 agree that ALL deformity was around 10-12mm.9, 22 Consequently, from these studies come the following conclusions for ALL mechanical properties. 1) Maximum endurance 50-200N, 2) Stiffness 20-42N/mm, 3) Deformity of 30% of its length, 4) Tension 33N/mm2. 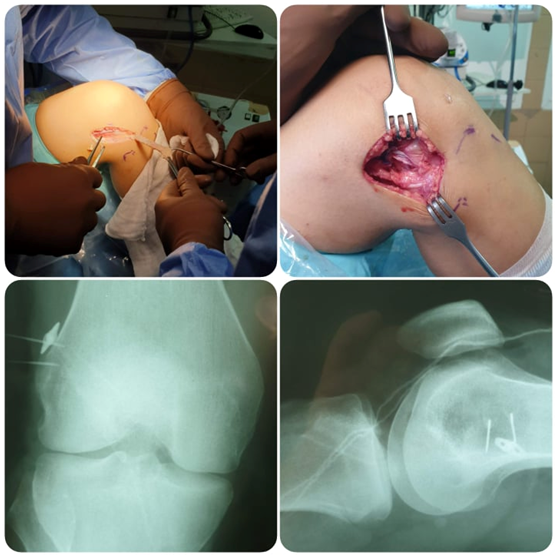 Ultrasound: In 2016 and 2017 Cavaignac et al.29, 30 as well as Cianca et al. in 2014 used ultrasound and managed in all cases to identify ALL.31 In 2016, Oshima et al. reported that most ALL segments were identifiable and therefore ultrasound is a useful imaging screening method in order to identify ALL injuries.32 However, in 2017, Capo et al, noticed that ultrasound could not reliably identify the femoral and tibial attachment of ALL.33

MRI: In 2014, Helito et al reviewed 39 MRI cases and was able to identify ALL in a percentage of 97,8.6 The meniscal segment of ALL is the most frequently identifiable (94,8%). In another 3T MRI review of fresh cadaveric samples, Caterine et al in 2015 was able to identify ALL with a 100% success rate.34 The images that were taken at a sagittal level proved that the femoral attachment was not visible in several specimens due to the high proximity of ALL and other ligamentous structures. However, several meniscal and tibial attachments were also identified.34 In 2015, Helito et al and Kosy et al studied 1, 5T MRI images and reported satisfactory results for the identification of the meniscal segment of ALL.7, 18 On the contrary, in 2015, Taneja et al was not able to identify the meniscal attachment of ALL in a study of 1,5T and 3,0T MRI studies.35 In 2015, Porino et al, reviewed a case of series, including 20 patients with Segond fracture coming to the conclusion that 19 cases showed attachment of ALL on the Segond fragment.36 In 2016, Coquart et al reached to the conclusion that ALL is successfully identifiable with the use of 1,5T MRI, suggesting that a better imaging description of the anatomy of ALL can be useful on the pre-operative planning in patients with ACLR injury.37 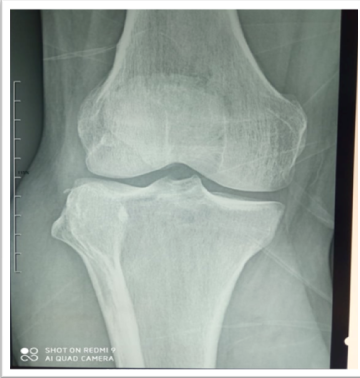 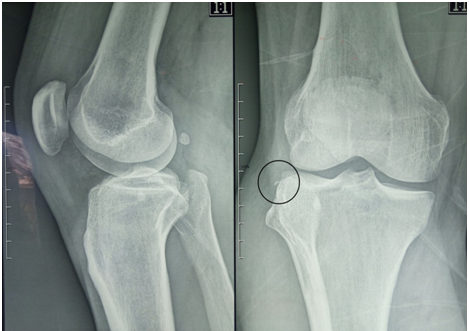 Arthroscopic identification of ALL

In 2018, Zein et al described an arthroscopic technique showing that the menisco-tibial attachment of ALL is identifiable by probing the lateral meniscus.38 Similarly, in 2014 Sonnery-Cottet published an arthroscopic method that would identify ALL.39 A shaver is introduced through a lateral portal and it is used for the removal of synovial tissue between fascia latae and lateral cortex of the femur, allowing the surgeon to examining ALL integrity more specifically on its femoral attachment.

Accumulated characteristics of ALL

Changes on the length of ALL

Surgical indications of ALL reconstruction

The most important outcome of this study is the confirmation of ALL as an individual structure of the antero-lateral knee and that it acts an important stabilizer for the internal rotation of the knee. It presents typically with characteristics of a ligament and it can be visualized on the screening methods. It has a femoral attachment near the lateral femoral epicondyle, it follows an oblique course, attaches to the lateral meniscus and continues with an attachment to the proximal tibia. The number of articles regarding the anatomy of ALL in cadaveric studies has increased since 2013. Despite the increasing number of the articles, some recent studies came to the conclusion that ALL is not identifiable in cadaveric studies. However, some studies could not identify the ALL (Sabzevari et al 2017, Fardin et al 2017).40, 41 Another difficulty related to the imaging of ALL is the high amount of different protocols that were used. Important landmarks for the reconstruction of ALL are the femoral and tibial attachment of the ALL. The femoral attachment of ALL is still highly debatable in comparison to the attachment of ALL on the tibia.8 After several years of studies with increasing anatomical knowledge the literature has proved that ALL is found more frequently posteriorly and proximally to the lateral epicondyle of the femur. Apart from the reconstruction parameters of ALL, the identification of the femoral attachment is important for the understanding of the ALL biomechanics. There is no general consensus regarding the findings of the studies related with the isometric characteristics of ALL during knee flexion. In 2014, Dodds et al claimed that ALL is an isometric ligament in contrast to several other studies that proved ALL to be an non-isometric ligament that gradually increases in length during knee flexion from 0 to 90 degrees.14 In 2016, Nitri et al proved that ALL reconstruction during the ACL reconstruction increase the knee stability during internal rotation based on the pivot-shift test,42 whilst Noyes et al in 2017 claimed that ALL reconstruction does not offer any significant stability during internal rotation of the knee.43 According to the literature, the basic surgical indications for ALL reconstruction include26, 27, 28 : Revision of ACL reconstruction, young patients, high demand athletes, ligament laxity, high degree of pivot shift, motion redirection activities such as skying, chronic injury of ACL, medial meniscus repair. Based on our literature review there is an increasing amount of studies focusing on ALL in recent years. Several indications have been reported for the presence of this ligamentous structure in the basic research, even though there is a certain amount of dispute regarding the anatomical and biomechanical parameters of ALL. This study had some limitations. One of which was the lack of standardization between studies, especially in cadaveric dissections. Various anatomical techniques and different types of cadaveric knees that have been used may have caused fluctuations at the results that were obtained and their interpretation. Identically, the imaging studies were conducted with different methodology. Another remarkable factor is that we searched only for the so called anterolateral ligament, ignoring other names such as lateral capsular ligament, anterolateral complex, anterior oblique band.

The anterolateral ligament is an identifiable ligamentous structure at the anterolateral aspect of the knee. It presents with typical ligamentous features and it can be visualized in screening methods, especially in MRI studies. It has a femoral attachment near the lateral femoral epicondyle with the latest trend to present its attachment posteriorly and proximally to the lateral femoral epicondyle after following an oblique antero-distal course that attached to the lateral meniscus. Finally, it attaches to the proximal third of the tibia, in the middle of the distance between the fibular head and Gerdy’s tubercle. The length of ALL amongst studies varies between 30,41mm and 59,0mm. The width varies between 4,0 and 7,0mm and its thickness ranges from 1.0mm to 2.0mm. As regards to the biomechanics, the function and the surgical reconstruction of ALL there are several queries. It is not yet clear whether the reconstruction of ALL is clinically efficient and whether there are any recent biomechanical studies to recommend it following specific surgical indications. Further biomechanical studies and long-term follow up will be necessary for the evaluation of the clinical efficiency of the ALL reconstruction in order to answer to all of the queries in dispute.

The author declares no conflict of interest.

CP Helito C Amaral YC Nakamichi RG Gobbi MB Bonadio RJM Natalino Why do authors differ with regard to the femoral and meniscal anatomic parameters of the knee anterolateral ligament? Dissection by layers and a description of its superficial and deep layersOrthop J Sports Med201641210.1177/2325967116675604

A Runer S Birkmaier M Pamminger The anterolateral ligament of the knee: A dissection studyKnee201623812